Many people have contributed to Flyspray over the years, and while we appreciate all those who have helped out, it’s impossible to list them all. For this reason, we only include those who are considered to be the ‘core’ of Flyspray’s development team.

Started contributing code to Flyspray in February 2015, I’m quite new to the dev team. But I know Flyspray for over 10 years, first as an extension component for CMS Joomla 1.0.*

I remembered when in need for such tool and now I try to help to bring it to a production ready shape plus adding my own features/requirements.

Inactive, past or occasional contributors 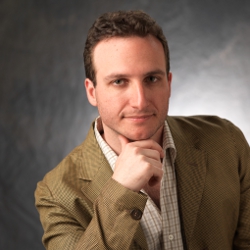 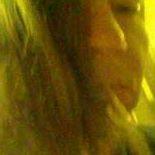 I’ve been using Flyspray since 2004, because it’s just a good, simple, understandable no-frills solution that covers my and a companys’ needs. Started contributing in January 2015 after trying to update to 1.0 devel in git using PostgreSQL database and realized there’s some work to do.

Born in 1963, so I’m probably the only real greybeard in the development team. Living in Finland, enjoying gardening in summer, beer all the year.

As you can guess, I’m interested in databases and living very near Russia.

I was born in 1987 and live in Germany. I found Flyspray when I needed a bug tracking system for CDBurnerXP, the well known Bugzilla was no option for me since it is written in Perl and has a quite ugly appearance. Mainly because of the nice layout and the ease of use I liked Flyspray a lot. Since I didn’t like a few things in 0.9.8 (especially concerning the changed layout) I started to take part in the development. By now I contributed much more than I would ever have expected (in fact I became the project manager in less than a year). I am more or less skilled in (X)HTML/XML, CSS, SQL, C#/WPF and PHP (less in Java and JS).

Since end of 2006 I’m doing distance learning at the distance university in Hagen alongside the civilian service (which ended by now). Apart from coding I like good music, preferably orchestrated game music and soundtracks (yes, I know that my taste is not very conventional).

I was born in June 1993. I have had great luck putting random keycodes into my computer and making code…. hopefully this luck keeps up. I am a dogmatic minimalist, and get all geeky when I do can use something without leaving the home row. Flyspray appealed to me instantly, it is powerful full featured BTS that keeps it simple. I heard about Flyspray because of Arch, I am a Debian Sid user now though :)

In my free time I work on my vinyl collection and enjoy local restaurants. I feel comfortable in C, PHP, Python, Scheme (Read your SICP Son!), Javascript and SQL. I am always trying new stuff out and feel proud that I have learned 0.0001% of what is required to call myself a good computer programmer.

Found Flyspray from using Archlinux. Been using Flyspray ever since. Joined as a developer in January 2012 since development has been slow. I work in k-12 education managing servers, databases, training techs, and I do custom programming. I am skilled in PHP, Perl, Java, SQL, JQuery/JS, and CSS/HTML5. I enjoy web development as a job and hobby. I live in the USA.

I was born in June 1980 and live in Chile, Im currently working improving Email related features of Flyspray , general bugfixing and taking care of flyspray security in general. You should contact me at security at flyspray.org if you find a security problem or weakness. I also mantain flyspray.org webserver.

In my free time I enjoy playing guitar and listening to music madly. :-P

I was the original web master/monkey for the Psi XMPP client, and created Flyspray as part of the Psi website to suit the project’s needs. After seeing it in action, others requested a copy of the code. I then had to separate Flyspray from the Psi website and turn it into a workable, standalone application.

Today, I am the Flyspray Project Manager and lead developer. I also maintain the website, and contribute to the documentation. I manage the mailing list subscriptions and delete spam before it reaches the subscribers.

When I’m not doing Flyspray-related things, I enjoy martial arts training and trying to keep up with my young family (one wife, three kids and a budgie).

As you can guess, I’m responsible for the Flyspray DB support

Konrad hasn’t yet provided any information about himself.

I found out about Flyspray while using jpgraph where Flyspray is the bug tracker. Flyspray was easy to install and looked good, so I threw out my bug tracker and switched right away. I haven’t committed so many things to the project yet, only some small corrections here and there, mostly related to javascript. The plan is to spice Flyspray up with useful AJAX features.

I live in Linköping, in the south east of Sweden, with my girlfriend and two kids. Top interest (apart from the family :) would be alpine skiing.

I was introduced to Flyspray in at the beginning of May 2005, and immediately fell in love with the system and how easy it was to use and modify, and started contributing changes that we wanted to make to it. Due to time constraints, I mostly do testing and small bug fixes, and enhancements that are important enough to the company that I can do them on company time. One such feature was the Task Dependency Graph bug 573, which is working but undergoing enhancements bug 612 to make it useful to more people. I also pay close attention as much as possible to the mailing list and IRC channel (#flyspray on irc.freenode.net) to provide support, answer questions, and promote Flyspray as much as I can.

When I’m not working on Flyspray, I’m usually working for the web-development company I co-founded, Code Greene . I’m a big fan of FreeBSD (thus the daemon image), PHP, MySQL, and quite a few other things. Whenever I can get away from long days at work, I love to spend time with my growing family, complete with wife, three young boys, a dog, and our small group of chickens (all hens, thank goodness). We live in the U.S.A. in the state of Utah.

I found out about Flyspray while searching for a light BTS in PHP (I just despise Perl, and I wasn’t very confident in Python at the time). Since it fit my requirements quite well, and that I use it for the alumni of my school, I decided to package it for Debian.

I needed in flyspray some more robust functionalities to show up, and I decided to lint the code a bit, and add those functionalities myself. I’ve been doing a lot of templatization lately, and hope to work on the XML-RPC API soon.